Cognitive Dysfunction Syndrome in Senior Dogs: What You Need to Know

Cognitive dysfunction syndrome has become a boogieman for dog owners. In fact, it's among the last terms anyone wants to hear at a scheduled vet visit. But it's a relatively common occurrence, so senior dog owners need to be aware of this condition and all that comes with it. So I decided to create a guide centered around this awful topic to help you prepare for a worst-case scenario. It'll cover everything needed to ensure your senior dog can get through it as smoothly as possible.

Canine cognitive dysfunction syndrome, also known as CCD or CDS, is frightening for owners and their dogs. Honestly, every dog-related condition or disease causes anxiety when first hearing about it. But what makes this condition such a scary one?

Well, CDS will affect a dog's learning capabilities, memory, coordination, and awareness. It ends up taking a massive toll on your senior dog's brain and overall well-being. It's pretty similar to the nightmare that humans have to fight with dementia and Alzheimer's.

As a result, it's essential to cover everything about this condition, from causes to treatment. It'll help dog owners prepare themselves when/if CDS does affect their canines. 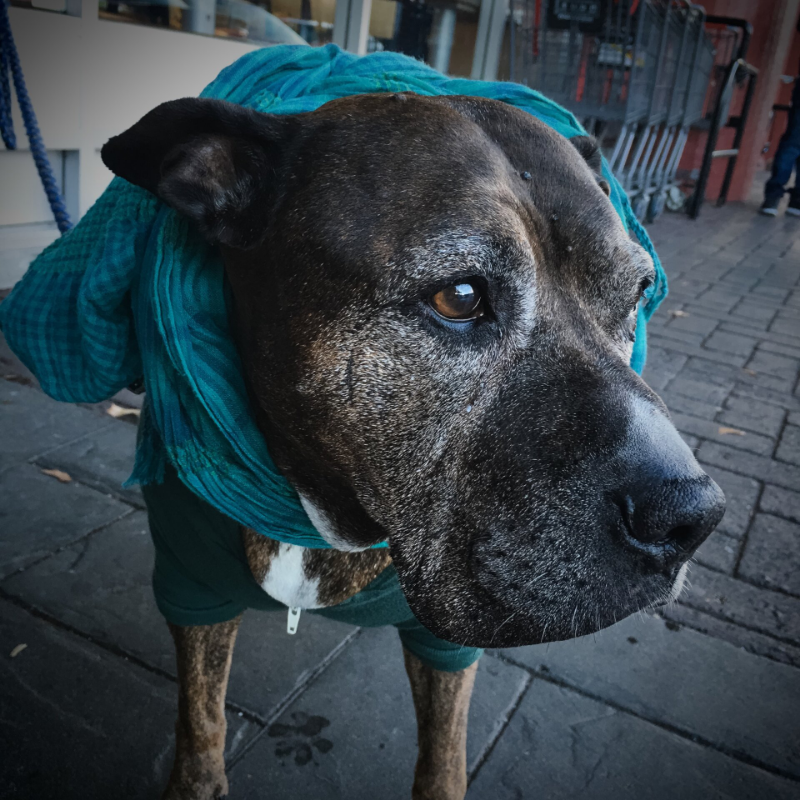 The causes of CDS are hazier than most dog-related conditions. Nobody has narrowed down the exact causes of this horrible condition. But many experts agree it's tied to all the issues that occur when a dog gets older.

In this case, it's not much different than the relationship between humans and Alzheimer's. CDS has actually become a trendy research area for scientists. So the picture should become more evident in the next few years.

But they do know that it's linked to the aging process and its effect on a canine brain. In other words, the cells inside a dog's brain will begin to die as its atrophies. It'll then cause significant problems in memory, learning, and coordination areas. So these gradual and degenerative changes lead to dogs getting diagnosed with CDS.

Dogs with CDS often have a unique protein build-up in their brains called beta-amyloid. It's responsible for causing decreased nerve signaling and degrading neurotransmitters.

In simpler terms, it'll hamper a senior dog's ability to process information and may cause behavior changes. It's not a condition anyone wants their dog to experience when reaching those teen years.

Since you've now got a handle on the causes of CDS, it's time to discuss the signs. Identifying these signs is crucial in helping a senior dog live with CDS. Basically, it's a condition that owners want to catch earlier rather than later.

As a result, owners must know the telltale CDS signs to start treatment quickly. Here's a detailed list of symptoms to expect when a dog is suffering from CDS: 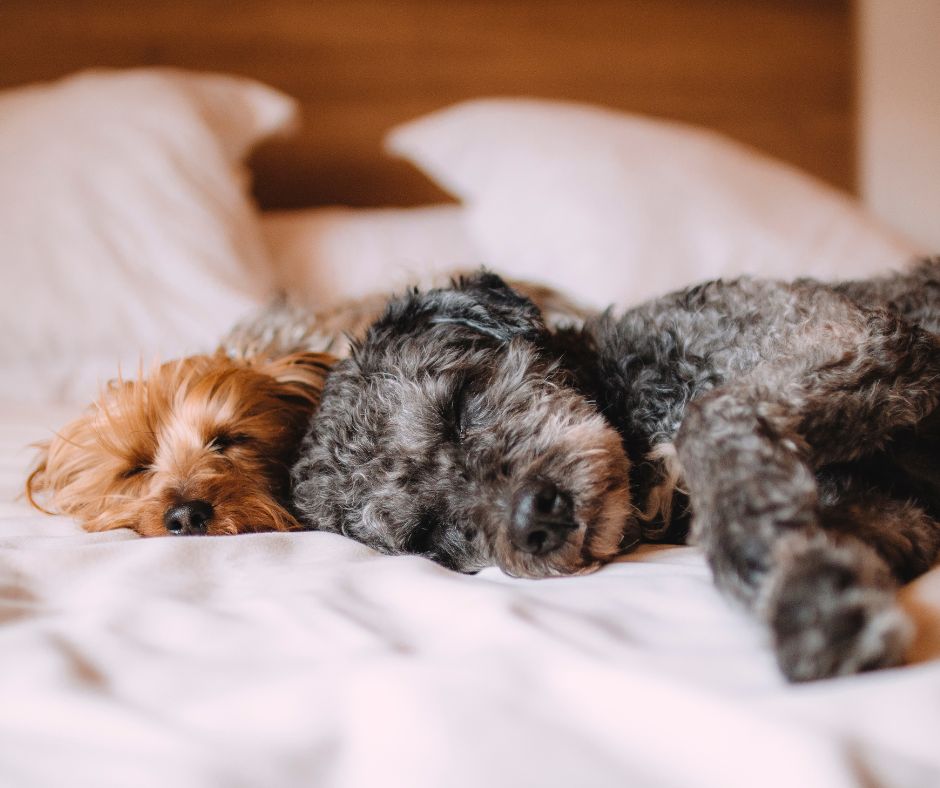 Many of the signs of CDS- especially inactivity- can also be caused by other conditions. Any combination of these symptoms should raise a red flag. So don't waste time scheduling a vet visit if these signs present themselves. Trust me; nothing good comes from waiting, as these symptoms aren't going away.

How Do Doctors Diagnose CDS?

The vet visit will require you to offer your dog a detailed health history. I'd recommend planning and writing it down, especially if it's a new vet. Any long-term vet should have all your information if regular checkups have been maintained.

You'll also need to provide them with a timetable about when the symptoms present. It'll give them a detailed picture of what may be going on with your dog. They'll be looking for other ways to explain these issues besides CDS.

After these discussions, the vet will complete an exam to evaluate your dog's cognitive functions and overall health. It'll also include X-rays, blood tests, thyroid testing, and other exams. They'll ensure to be as thorough as possible to ensure your dog gets the proper treatment. Sometimes, the vet may suggest getting a CT scan or MRI.

But once these tests are done, they should provide a detailed assessment of your dog. You'll then know whether it's CDS or another condition/disease.

What Ages Does CDS Target Most?

As I noted earlier, CDS is primarily a senior dog condition. It usually starts becoming an issue at the 11-year mark, and symptoms begin to present themselves. The chances of it CDS only rise as a dog ages.

Given this info, senior dog owners need to pay closer attention to their dog's behavior. Any treatment option will be much more effective in CDS' early stages. So catching it early is necessary to help your dog manage the condition.

At the moment, there's only one approved drug for treating CDS called Anipryl. You may be familiar with this drug as it's given to humans with Alzheimer's. But owners shouldn't view it as a cure-all for CDS.

In fact, some vets might not even recommend administering it to your dog. It can cause severe side effects that can cause a vet to advise against it. So you will have a thorough discussion before using Anipryl to help a senior dog with CDS.

Using medication also isn't and shouldn't be the only avenue to treat CDS. Instead, owners will need to attack this condition on several fronts:

Canine CDS sadly will progress even with treatment. But a solid treatment routine and early detection can help a senior dog reach its full lifespan even with the condition. In these cases, it becomes a matter of managing the provided symptoms and issues.

However, not all senior dogs get so lucky, as severe CDS cases exist. These situations often result in dogs needing euthanization about two years after their first symptoms. Sadly, it can progress rather quickly when left undetected or treated.

Overall, CDS isn't a condition any senior dog owner wants to encounter. But everything learned from this article should help you if it does become an issue for your canine. After all, it never hurts to be prepared for the worst; it may even extend their lifespans significantly.

Do you have any experience coping with Cognitive Dysfunction Syndrome in your senior dog? Share your thoughts and experiences below.

Nicole Etolen
Hi there! I'm Nicole, the editor-in-chief and one of the writers here at DogVills. I've been a dog owner for most of my adult life and a dog lover for much longer than that. I grew up with a wonderful German Shepherd named Jake, who I loved SO much that I named my son after him. When I'm not writing for DogVills or my own site, Pretty Opinionated , I love spending time with my teenager (when he actually lets me) and my Pharaoh Hound, Freya. I'm also an avid reader AND a total TV fanatic. If you'd like to learn more about me, feel free to check out my Linked In profile. 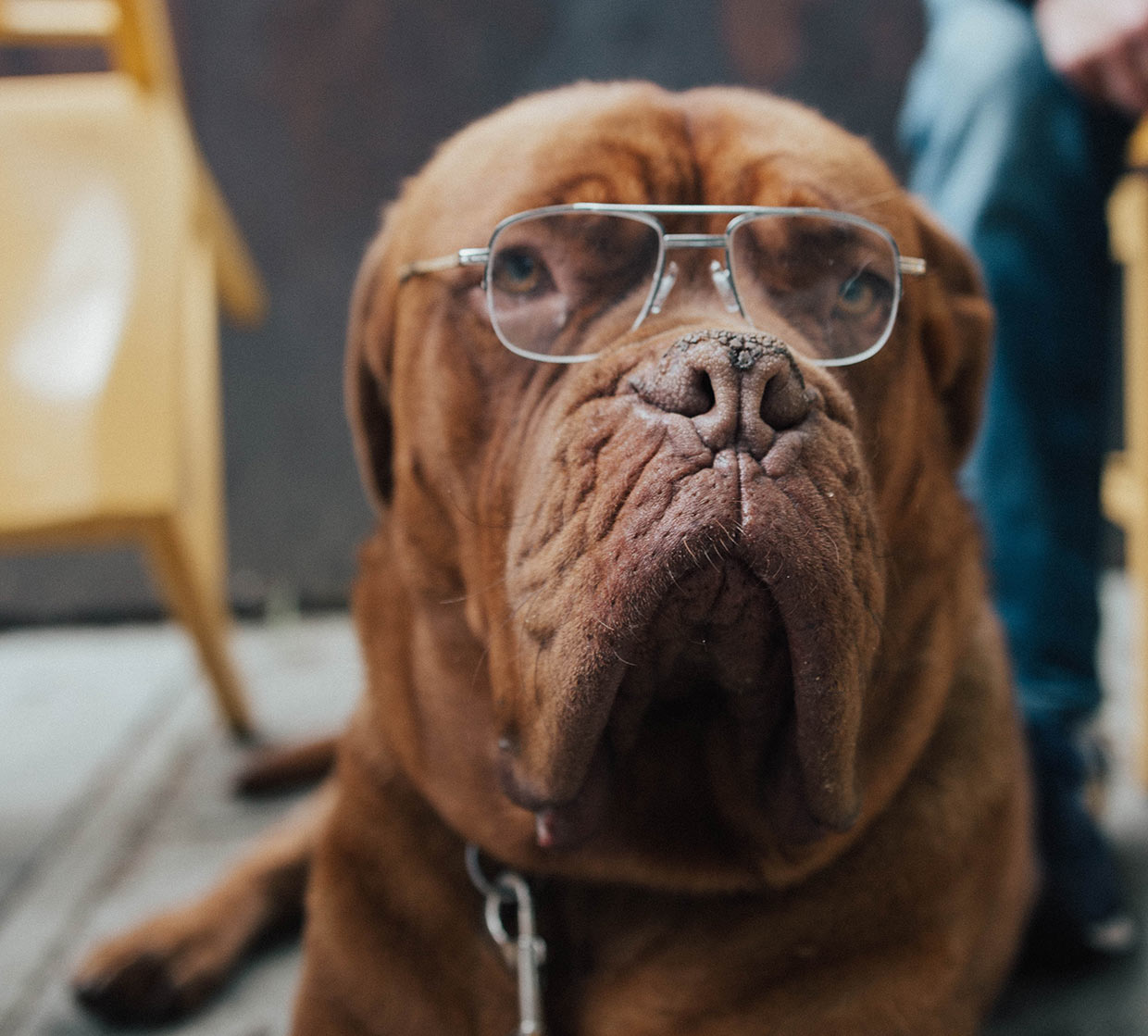